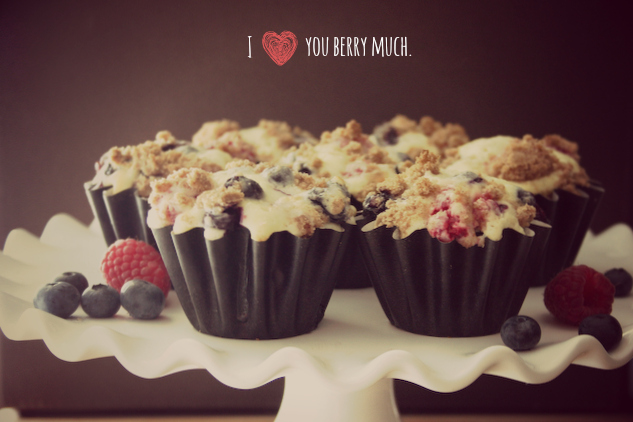 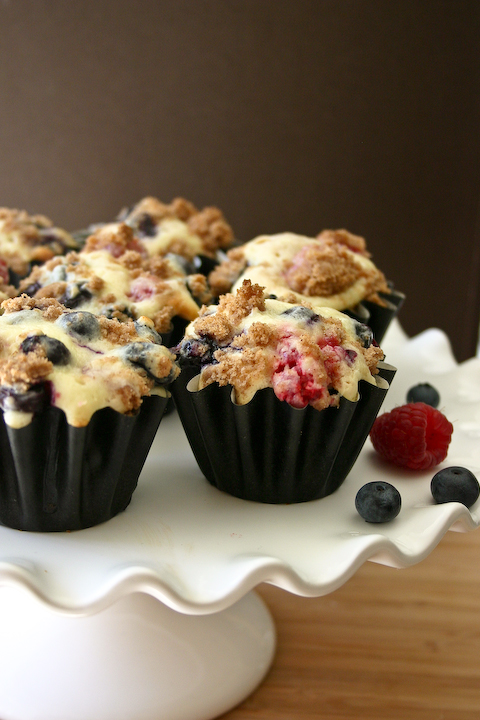 Remember when I made banana monkey bread muffins? Tiny, banana bread biscuit balls, rolled in cinnamon and sugar, and drizzled with vanilla icing? Well, those were the last muffins I made… and that was in September. 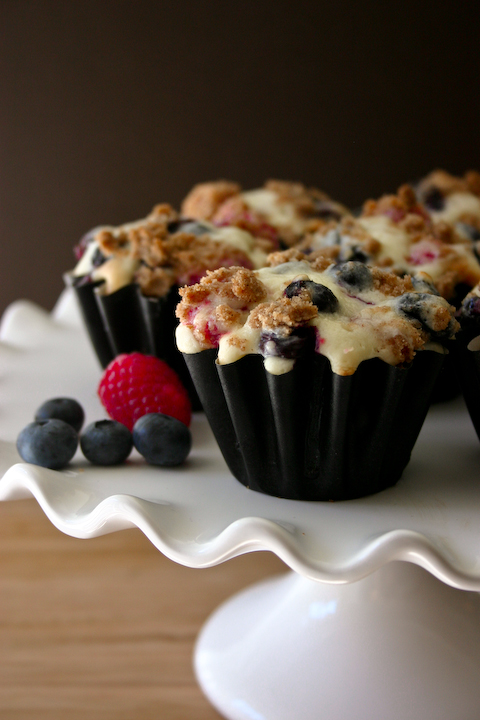 Muffins, I need to be honest. I’m just not that into you. The thing is, when I want a muffin, I want one… not twelve… and definitely not twenty-five minutes from now. It’s a weakness that shows itself only when I’m waiting in line at Starbucks, being forced to stare at a shiny, bright glass case of bite-sized vanilla bean scones (obsessed and in love) and literally over-the-top blueberry muffins. At no other time of the day, week, or year do muffins ever cross my mind. Ever. Like Taylor Swift never ever. 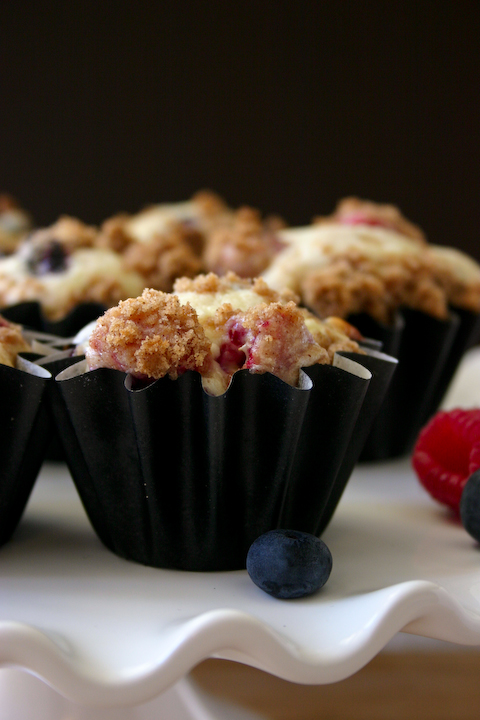 But let’s be honest: they’re basically just unfancy, unfrosted cupcakes… and I think we all know how I feel about cake for breakfast. So I’ve bought a new muffin pan and I’m getting into this thing. 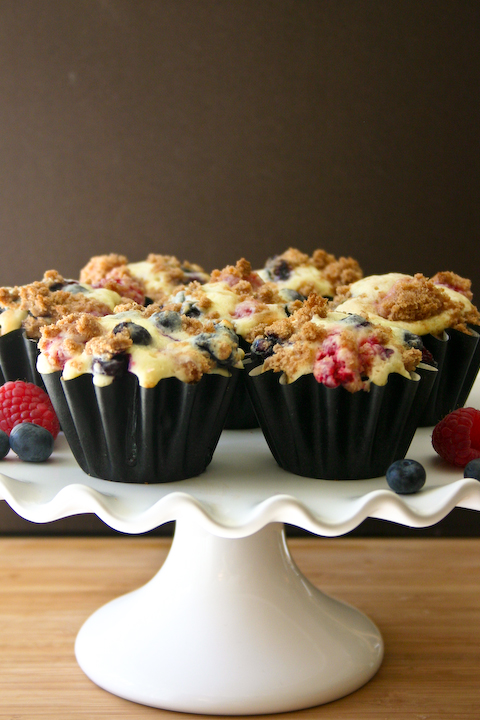 These muffins have a few extra steps to them than baking just regular blueberry muffins. There’s three layers that need to be made first before you can get down to the muffin-baking business: (1) the muffin base, (2) a creamy berry cheesecake topping, and (3) a buttery cinnamon-brown sugar streusel. I know. It sounds like way too much work for blueberry muffins… but really, it’s just three bowls, three spoons, and a few minutes. Brown butter, sugar, and cinnamon are creamed together, cream cheese, sugar, and berries are whisked together, and a streusel is quickly crumbled together with a fork or fingertips.

After that, it’s just a scoop and bake situation. Easy. 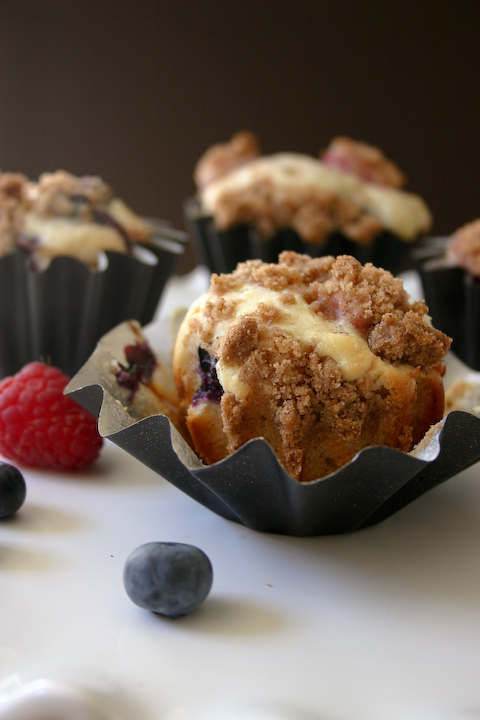 And it all starts with these cakey-soft muffin bottoms, full of brown butter, sugar, and cinnamon. 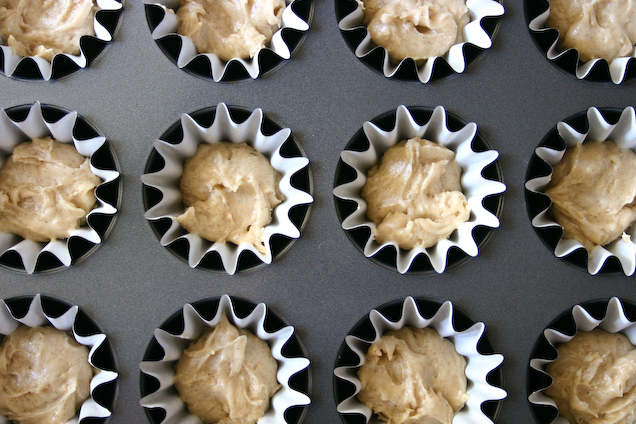 See those brown specks? Those are full of straight love. Love, brown butter, and cinnamon. 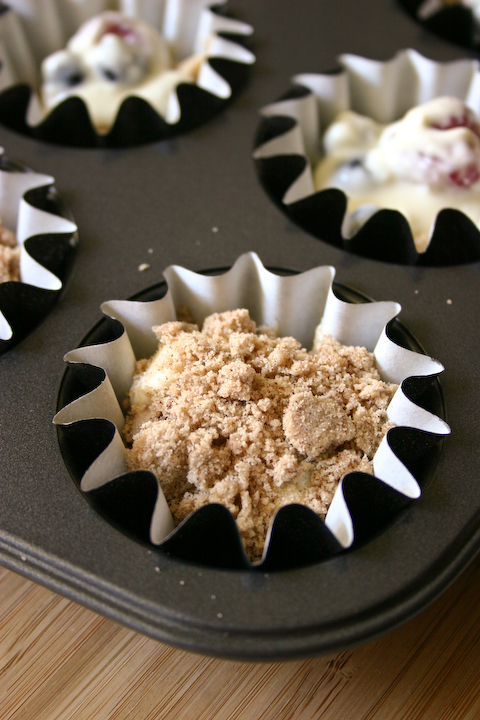 And the streusel. Just cold butter, brown sugar, cinnamon, and flour cut together until crumbly and sprinkled heaped over the top of the cheesecake and berries. No big deal. Totally just another day. 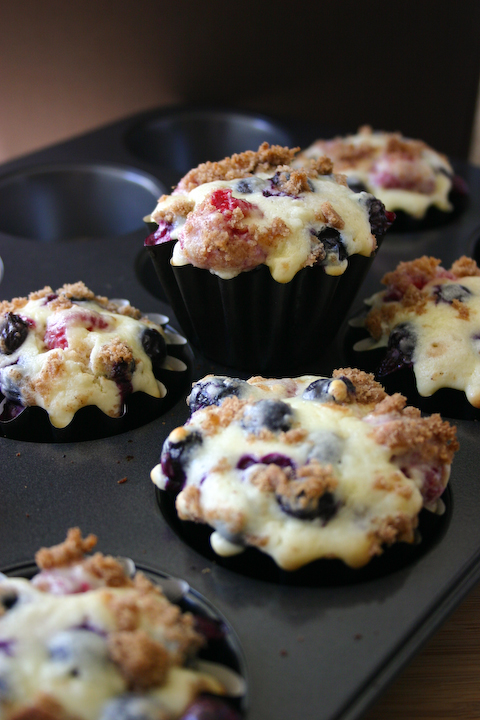 Everyone knows the muffin tops are the very best part. The secret to the these tall, gorgerous, brimming-with-cheesecake muffin tops? Fill the liners right to the very top. Most muffin and cupcake recipes call for filling the cups 1/2 to 2/3 of the way full, depending on how tall they’ll rise when baking, to prevent them from overflowing over the sides.

But for these, just get in there! Layer that cheesecake and crumble right to the very top for a pillowy, perfectly berry-studded look. 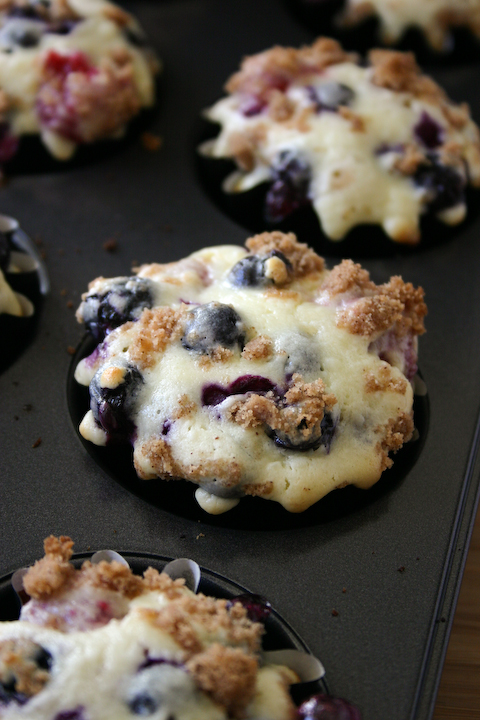 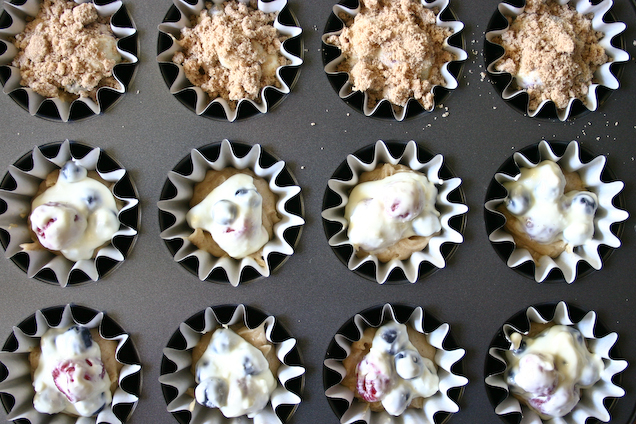 My favorite are the muffins bursting with fat, pink raspberries. It’s a February thing.

At least until July… then it’ll be a red, white, and blue thing. 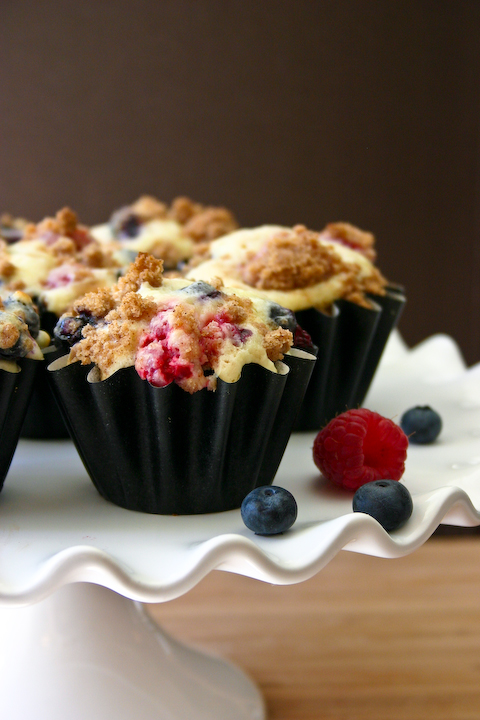 Speaking of which, one of my new year’s baking resolutions this year was to bake with more color. Between these bright breakfast cakes and these sprinkled-loaded cookies… 2013 success! And we’re still only 49 days into this thing. 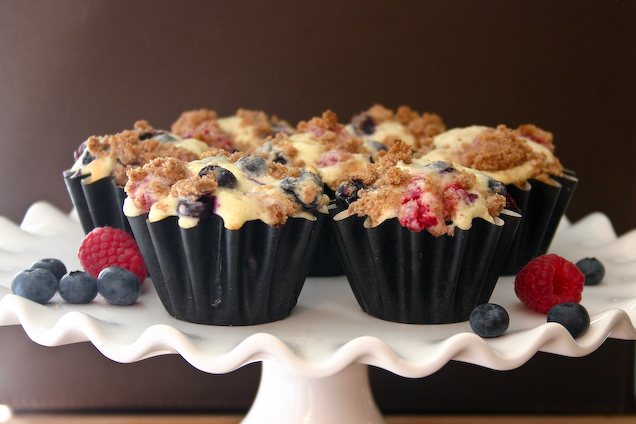 Preheat oven to 375 degrees. Line a muffin pan with paper liners and set aside.
To make the muffins, first brown the butter by melting in a small saucepan over medium heat, whisking constantly until golden brown (more information on how to brown butter here). Pour into a medium mixing bowl and cream together with sugar. Beat in eggs, one at a time, beating well after each addition. Beat in milk.
Combine flour, baking powder, and cinnamon in a small bowl and slowly add to butter mixture until just combined. Fill muffin cups one-third full.
To make the cheesecake topping, cream together the cream cheese, sugar, and egg until smooth. Gently fold in the fresh raspberries and blueberries. Drop by rounded tablespoonfuls on top of the muffin.
To make the streusel, combine flour, brown sugar, and cinnamon in a small bowl. Cut in cold butter using a fork or pastry cutter until crumbly. Sprinkle over batter.
Bake for 20-25 minutes or until a toothpick inserted into the center of each cupcake comes out clean. Cool for 5 minutes in pan, then remove to wire racks to cool completely.
Serve warm. Refrigerate leftovers.
Makes 18 muffins.
Source: Barely adapted from Chef-in-Training.