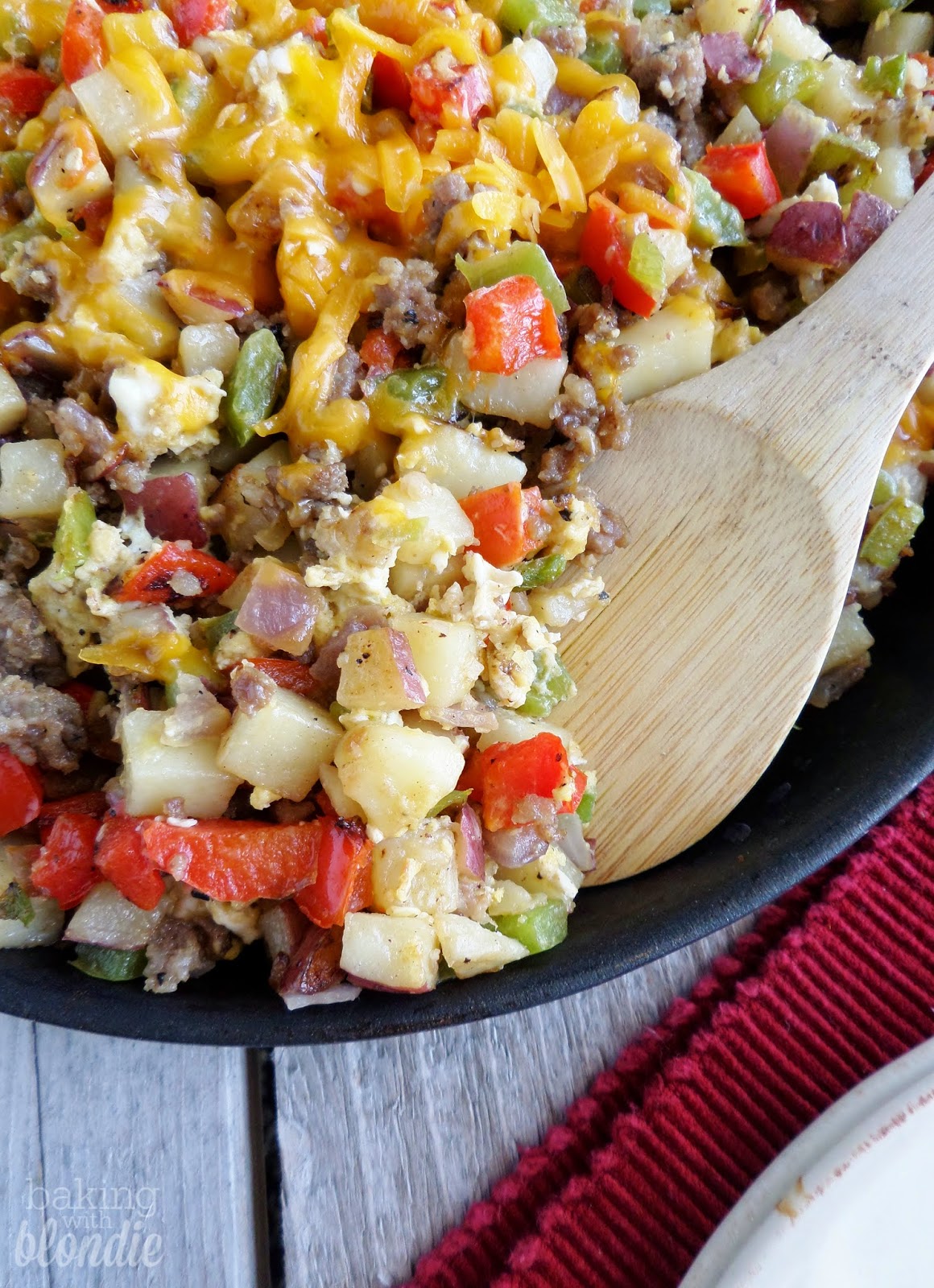 I’m back, friends! This weekend we took a small trip to Pendleton, Oregon for a funeral. As many of you know, making an 8-hour drive anywhere automatically jumps to 9-10 hours with a toddler…
Especially a toddler who has been 100% potty-trained, and his parents refuse to digress back to a diaper or a pull up. So as you can see, the rest-stops were used quite frequently. And the little man (TMI) learned that the fields in the middle of the desert are now his giant potty. Gross, but true. Is that a step back as well? I guess we’ll find out this week. haah.
So with no need to venture into further detail, the drive was pretty long. Whenever we go on a road trip, we split the drive by 4-5 hours by taking turns driving. I usually drive the first leg (I have a tendency to get super sleepy late-afternoon, and anything close to the evening time hours). Sounds like a long time to take turns, but whoever isn’t driving, is on little-man duty. If he screams, tantrums, and starts the apocalypse in the back seat, the passenger seat tenant is in charge of putting out the fires. Oh how I miss the days I could sleep the whole way to our destination, and wake up feeling completely refreshed! Those days are long gone 🙂
However, I really love the time we get to spend together. It’s fun to get out and go on an adventure! I can’t wait for the small (affordable) trips we have planned this summer for our little family. None are nearly as long in driving length, so hopefully things will go much smoother. 🙂
– – –
We’ve made this hash several times in our house, and I thought it would be sad if I didn’t share it with you! It’s such a perfect breakfast for the weekend (or weekday if you have a little time). It has it all – the perfectly cooked fresh potato cubes, spicy peppers, fluffly eggs, gooey cheese, and of course: sausage! This could be the entire breakfast with a few slices of fresh fruit and ice-cold water or orange juice, or you can serve this up as a side-dish just as well.
The directions are pretty simple, so I won’t go into a ton of detail here, but I wanted to share a little tip: when you brown the sausage, there’s a little more to that step than you may be used to. “Browning” something doesn’t just mean you only try to get all the pink out. That’s only the beginning! When you brown something, you really need to add a little darker color to meat. It needs a darker edge (a little burning). It adds so much flavor by cooking it a bit longer! It’s amazing. 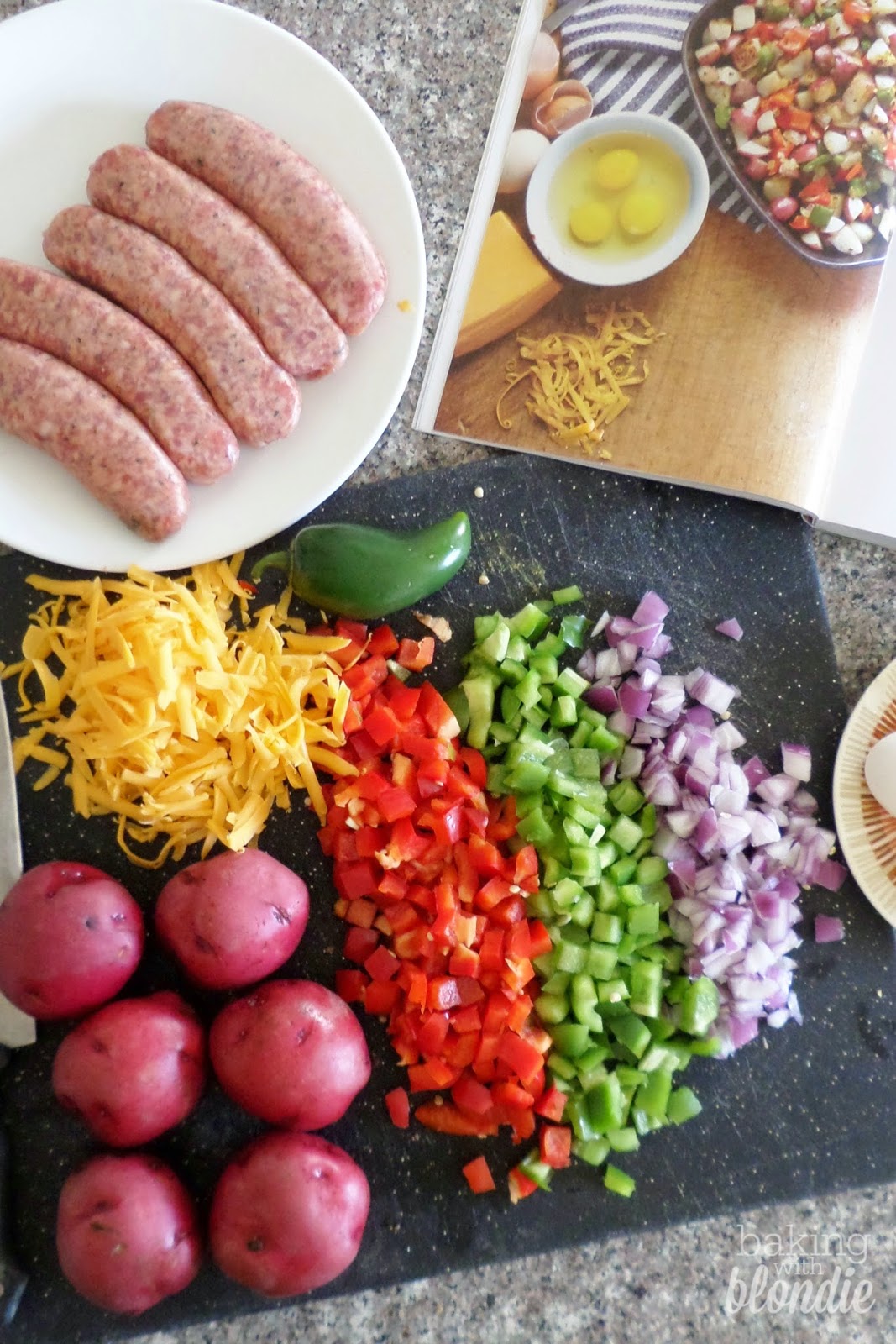 Skillet Sausage Hash with Eggs
makes 4 whole-meal servings, or 6 side-dish servings
ingredients:
EVOO
1 lb sweet Italian sausage, casings removed
1 lb red potatoes, cubed
kosher salt and cracked black pepper
1 small red onion, chopped
1 red bell pepper, chopped
1 green bell pepper, chopped
1 jalapeno, seeded and minced
2 oz cheddar cheese, grated (1/2 C)
4 large eggs
method:
1. In a large heavy skillet (cast iron works great here) over medium-high heat, heat 1 T oil. Add the sausages and cook. Break up the pieces as they brown, about 5 minutes. When fully browned (not just non-pink, but actually a little crusty brown) transfer meat to a paper-towel lined plate.
2. In the same skillet, add about 2-4 T oil and re-heat over medium-high heat. Add the potatoes and season well with salt and pepper. Cook until golden brown, 10-12 minutes. Toss in the onion, bell peppers and jalapeno, cook for another 5 minutes. Stir in the sausage and cheddar, then season with more salt and pepper.
3. Move the potato hash mixture to the sides of the pan, making a large well in the middle. Crack eggs in a separate bowl, then pour them in the middle of the pan. Cover with a lid, and cook until the eggs are slightly over-easy, about 8 minutes. Scramble the eggs in the center of the pan, the stir into the surrounding hash. Serve hot.
recipe adapted from: Kitchen Confidence Cookbook – Kelsey Nixon, “Skillet Sausage Hash.”